Tammy seized the opportunity of his POP to make a successful marriage proposal to his girlfriend who he has been seeing on a long-term note.

One Tammy who was serving in the Niger Delta part of Nigeria took his girlfriend one step closer to being his wife, as he proposed to her in Bayelsa state. 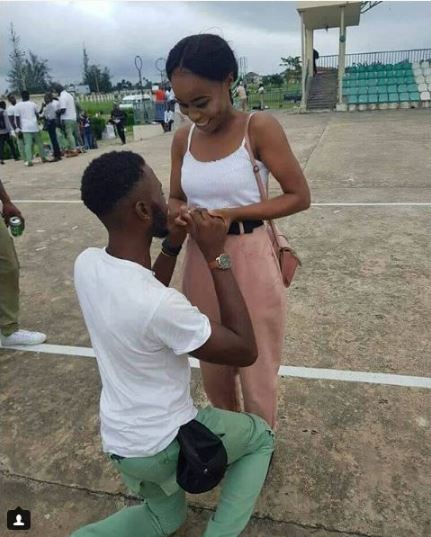 The then serving corper popped the question during their Passing Out Parade, and she said yes.
The marriage proposal caused a scene and rumours have it that the duo could walk down the aisle soon.
Amazon Ads