A Lagos lawyer, Ebenezer Tunde Omobobami is currently on the run to avoid worshipping the Yoruba’s god of iron, Ogun.

The Nation reports that Omobobami raised the alarm to avoid been taken to his hometown in Ile-Oluji, Ondo State by worshippers of the deity.

The lawyer has, since the incident, petitioned the Ondo State police command through his attorney, Michael Akamo.

How Lagos lawyer got involved with ‘god of iron’

Omobobami narrated that he got involved with the idol worshippers because his late father was the Ogun Chief Priest in Odolua Quarters in Ile Oluji, where he hails from.

“Our client’s elder brothers and their immediate family members were initiated into the Ogun cult before they were able to escape to abroad. Due to the absence of the said elder brothers, it now beckons on our client to be the next Ogun priest. Contrary to their expectation, our client and his family members no longer worship Ogun; they are now Christians and the tenets of Christianity does not allow him to worship the true God with mammon,” Omobobami’s counsel, Barrister Akamo wrote in his petition to the Ondo police command. 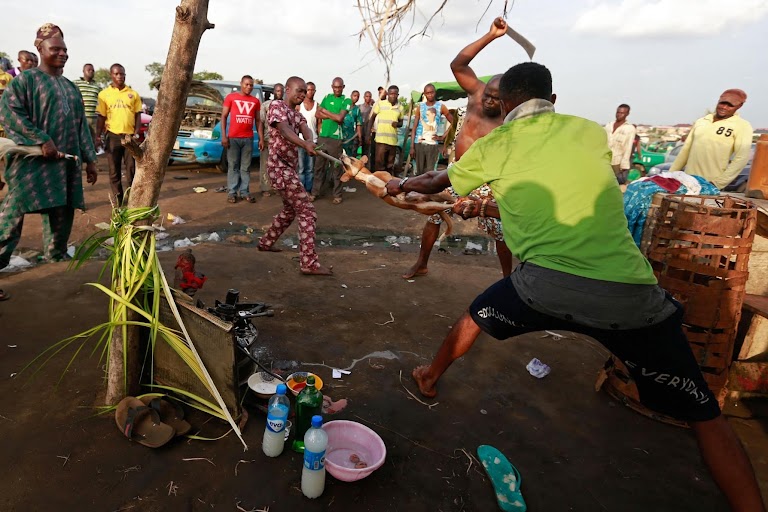 Omobobami also informed the Ondo police command that threats to his life are being made by the Ogun worshippers in his native home of Ile-Oluji, Ondo State.

In the petition through Barrister Akamo to the Ondo police command, Omobobami also said he is currently facing serious threats from the idol worshippers who trailed him to his Lagos home where hoodlums made a threat on his life.

Omobobami, in his petition, also said, he had to flee his home in Lagos to move to another place with his family.

Barrister Omobobami has urged the police to come to act fast on his petition. He said the reason is that another Ogun festival would hold in August in the community and the worshippers are expecting him to lead the festival as the chief priest since his brothers aren’t willing to return from their base abroad.