An overzealous FRSC officer has been spotted as he jumped on top of a moving vehicle after the motorist reportedly refused to stop at a checkpoint.

An official of the  Federal Road Safety Corps (FRSC) has been captured on camera embarrassing himself while trying to stop a ‘stubborn’ motorist in Nasarawa State.
Photos which emerged on social media and are making the rounds online show the FRSC official as he climbed on the moving vehicle in order to stop the driver who refused to halt his vehicle at the checkpoint.
An eyewitness, Torkuma Gabriel who took pictures of the officer in action revealed that the incident happened in front of Nasarawa State University in Keffi.
More photos below; 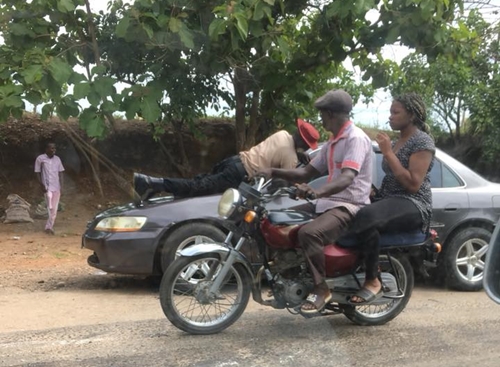 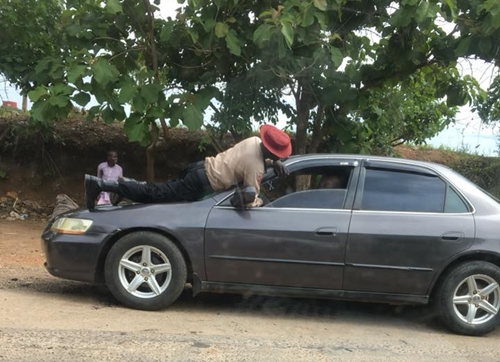 LA is still the city of (music) dreams

January 21, 2019
0
Today we present to you the Top 5 Pre-wedding Photos That Trended on the internet...
Read more

LA is still the city of (music) dreams

November 2, 2018
0
The post-war optimism of the late fifties and sixties was the kick-off point to a new phase...
Read more

October 19, 2018
0
It was a thing of joy for the families and friends of Engr and Mrs Kelvin Nduaguba...
Read more

The Most Practical Tips for your Travel Journey

July 24, 2018
0
Traveling is among the top reasons that you have to well plan in order to love the...
Read more

Corper Proposes To His Girlfriend During NYSC Passing Out

July 9, 2018
0
Tammy seized the opportunity of his POP to make a successful marriage proposal to his girlfriend who...
Read more