Pep Guardiola has praised Arsenal’s new manager Unai Emery and believes that Arsenal have appointed a coach of the highest calibre.

The 46-year-old left PSG as a domestic treble winner, although Champions League failure at the hands of Barcelona and Real Madrid marked his two seasons in the French capital.

Arsenal confirmed the arrival of Emery, who previously worked at Sevilla and Valencia in LaLiga before a spell at Paris Saint-Germain, after the Spaniard leaked the news on his official website late on Tuesday.

Guardiola and Emery faced each other during their respective Barcelona and Valencia tenures, with the latter going on to Sevilla and a glorious run of three consecutive Europa League triumphs.

“His career speaks for itself,” Manchester City boss Guardiola told Sky Sports, speaking ahead of Arsenal’s official announcement. He did perfectly in Spain with many teams – Valencia, Sevilla – and he also did well in France. Welcome to England – a good manager is coming here.” 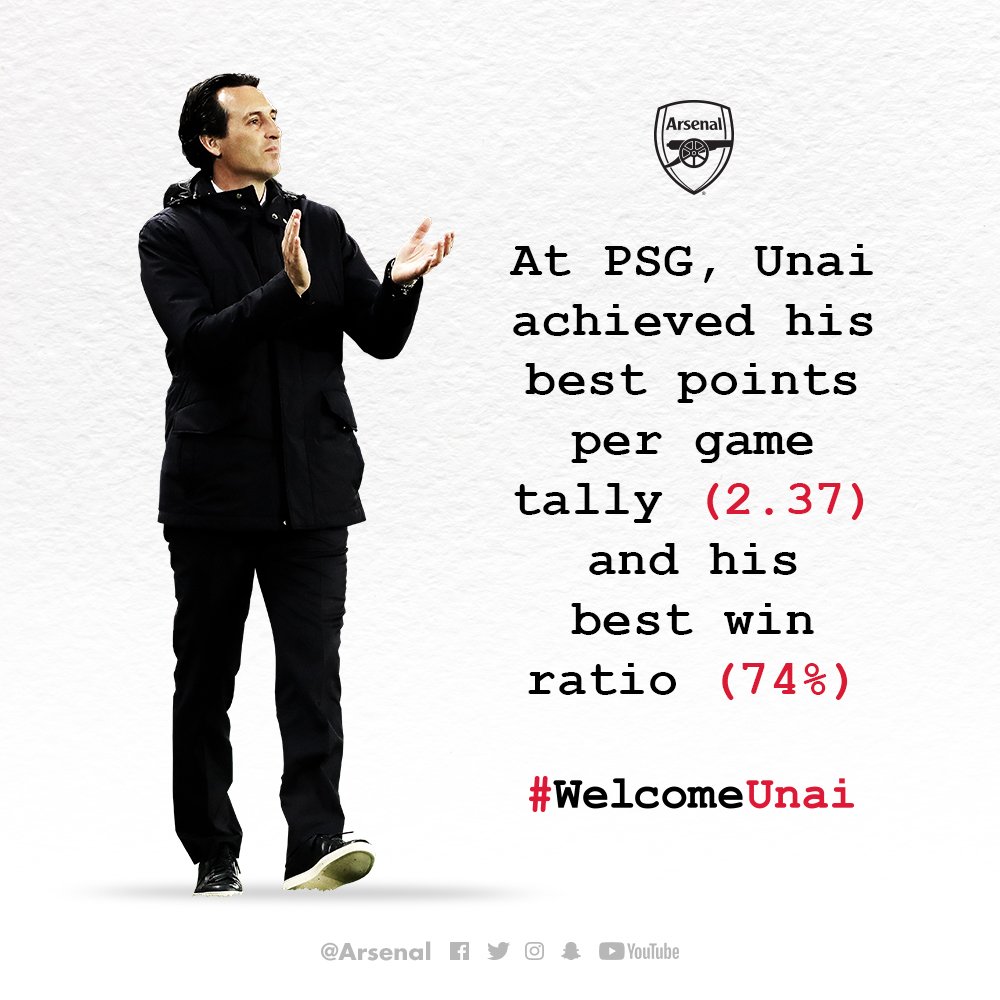 Emery will be able to count himself among a chasing pack for next term, with Guardiola’s City defending a Premier League title they won with a 19-point advantage over nearest rivals Manchester United.