President Muhammadu Buhari in one fell swoop on Friday night appointed 209 board chairmen and 1,258 members of government owned agencies and parastatals, redeeming a part of the pledge he made 31 October at the National Executive Committee meeting of the All Progressives Congress (APC).

More appointments are on the way, said Boss Mustapha, Secretary to the Government of the Federation, who announced the latest massive batch of appointees.

At the APC NEC meeting, President Buhari also hinted he would expand his cabinet by appointing more ministers.

The latest appointments, the largest President Buhari ever made since 2015, saw Dapo Abiodun, Chairman of Heyden Petroleum, who contested for the senatorial seat of Ogun East in the 2015 election named as the new chairman of Corporate Affairs Commission.

Buhari also appointed himself as the chairman of the National Agency for Science and Engineering Infrastructure (NASENI) and head of Nigerian Nuclear Regulatory Authority.

Many big wigs of the APC were similarly appointed.

The party’s legal adviser, Muiz Banire is now the chairman of the Asset Management Company of Nigeria(AMCON). Senator Olorunimbe Mamora is the chairman of Abuja Investment and Infrastructure Centre.

The party’s secretary, Mai Mala Buni, is the chairman of the Shippers Council. Bolaji Abdullahi, the publicity secretary of the party is in charge of the National Sugar Development Council (NSDC).

Former Speaker House of Representatives, Patricia Etteh, who was docked for corruption, is the new chairman of the National Hospital, Abuja. A former deputy speaker, Chibudom Nwuche is in charge of Federal Medical Centre Lokoja.

Senator Francis Okpozo, who passed December 2016, was appointed the Chairman of the Nigerian Press Council.

Reverend Christopher Utov, who passed in March 2017, sits on the board of the Nigerian Institute of Social and Economic Research.

Donald Ugbaja, who passed in November, was also added to the board of the Consumer Protection Council.

According to Boss Mustapha, all the appointments take immediate effect.

The ministers under whom the agencies fall, have been asked to constitute the boards immediately. He said:

Mr. President considered the approval for the constitution of the Boards as well as the appointments, very necessary, so as to provide a proper Governance and oversight structure for Government Agencies and Parastatals.

The constitution of the boards with the appointments, is a demonstration of this Government’s efforts aimed at building strong institutions of Governance, and by extension, improving the quality of Policy formulation and supervision.

Former governors of Ekiti state, Otunba Niyi Adebayo and Engineer Segun Oni were also named as chairmen. Adebayo is in charge of Federal Airports Authority of Nigeria (FAAN). Oni who is a vice-chairman of the APC has been posted to Nigerian Export Processing Zone. Senator Ayo Arise, a recent kidnap victim will chair Sheda Science and Technology Complex.

Former deputy governor of Plateau state, Pauline Tallen is the new chairman of National Agency for the Control of HIV/AIDS (NACA). 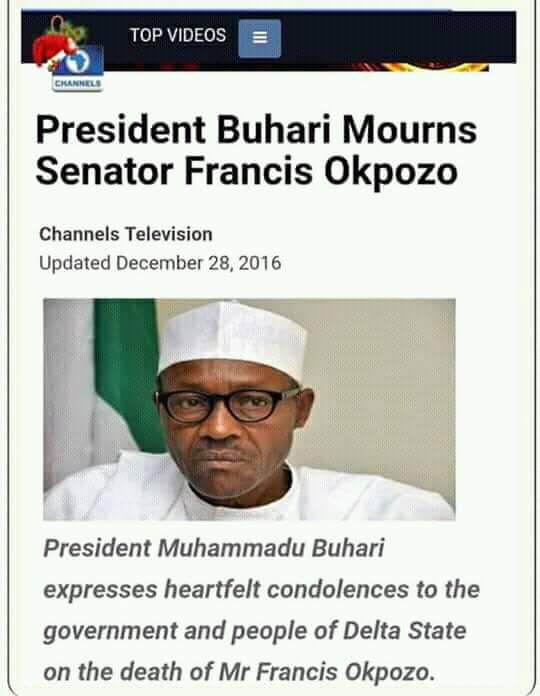 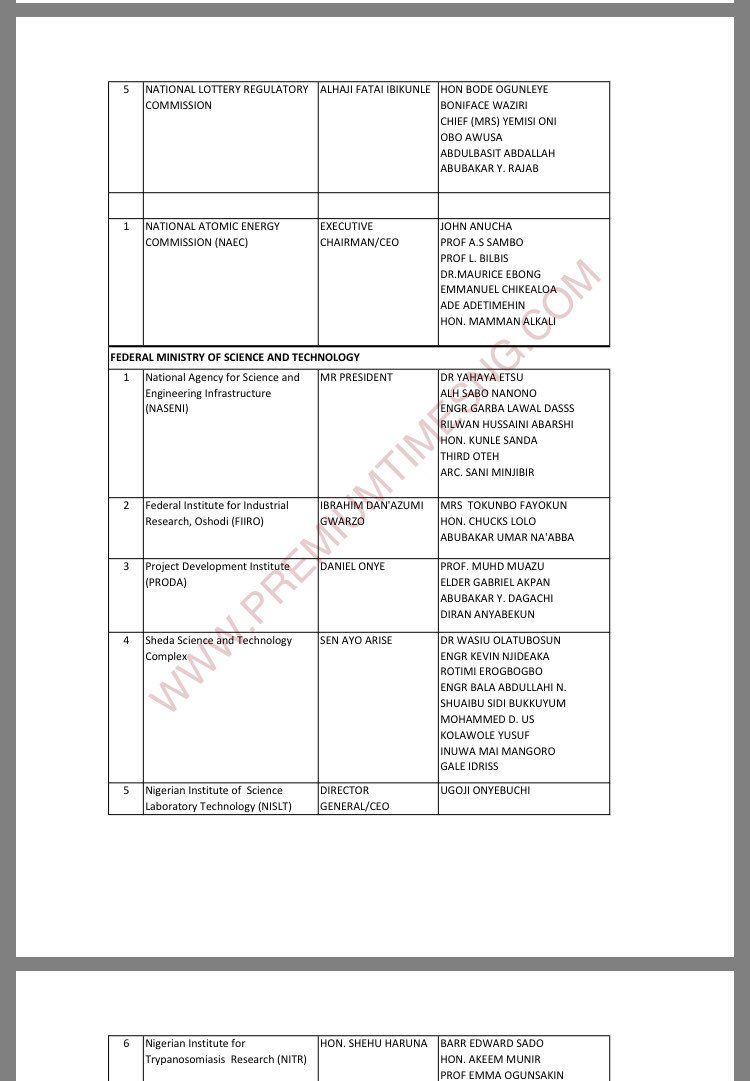 While President Buhari & his people have appointed dead people

I’m going through the list now & I noticed this same Buhari, our Presido and MINISTER OF PETROLEUM

is to become Chairman for National agency for SCIENCE & ENGINEERING INFRASTRUCTURE

who did we offend? 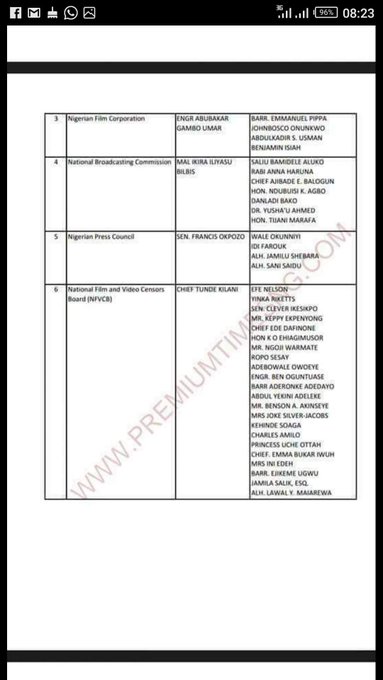 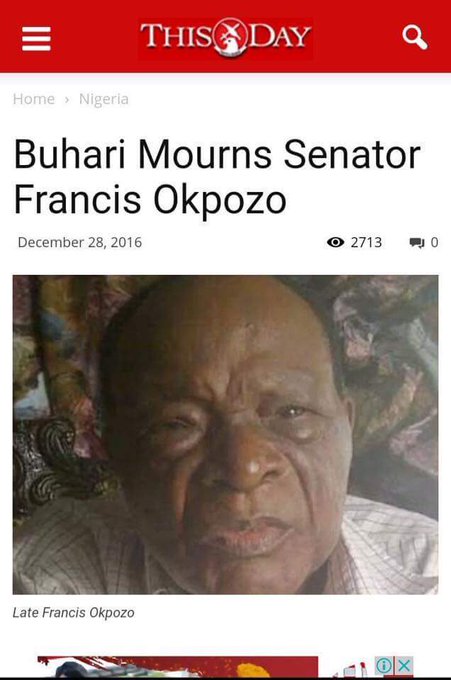 Buhari Appoints The Dead Late Senator He Mourned In 2016 To National Press Council Board.

Sen Francis Okpozo Who Died December 2016 was appointed by President Buhari As The New Chairman The Nigerian Press Council.

Either Buhari didn’t vet the suitability of his own appointees or he didn’t make the relevant appointments himself. Any way you slice the appointment of deceased persons, President Buhari is grossly incompetent.

And this is the least worrisome of this govt’s misadventures

President Buhari always give us reasons to believe that he has not yet recovered from his sickness. Why do you have to appoint someone that is dead to office?
So many crazy things happening in Nigeria.

it takes some special level of incompetence for President Buhari to have appointed dead people as board chairmen and board members.

President Buhari’s administration is so decisive that even the dead are remembered with political appointments. Wow! What an ingenious act.